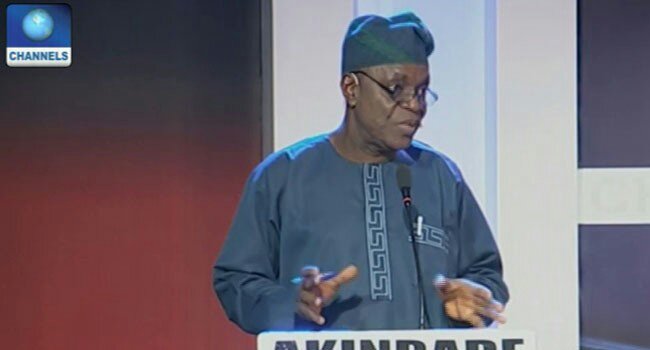 Candidate of the African Democratic Congress (ADC) for the Osun State governorship election, Fatai Akinbade, says he will plug leakages in revenue generation if elected governor on September 22, 2018.

The ADC candidate said this on Sunday when he joined three of his opponents for the Osun Governorship Debate organised by Channels Television.

“If there are wastes in terms of revenue that comes to the state, you may not make any headway. So, we will first plug all the loopholes from where the revenue is getting out and make sure that the system of government is improved upon because if the system of government is not improved upon and there is no accountability, transparency and due process is not followed, definitely, there is no amount of economic development that you want to do without all these steps taken,” he said.