Professor Arrested After Ordering Her Maids To Beat Policewoman 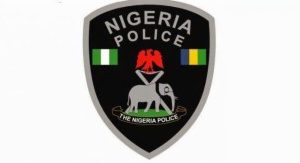 A Nigerian academician identified as Professor Dike Zainab has been arrested by the Police in Abuja for allegedly ordering the assault of her female police orderly.

This was after a Twitter user, @DejiAdesogan shared a photo of the policewoman with a bloodied face and wrote:-

DISTURBING NEWS: Reports of one Prof Dike Zainab of Area 11 in Abuja who allegedly assaulted her Police Orderly & also ordered her maids to beat her up. Thorough investigation & prosecution of the culprits will serve as deterrent to others. Totally inhumane & unacceptable!!!

Nigerian Police Force spokesperson, Ademuyiwa Adejobi has now confirmed the arrest of the Professor. He also said the case will be taken to court. Assault on woman police: We have arrested the woman professor and her staff since the date of the incident, the matter is getting necessary attention it deserves. FCT Command will charge d case to court asap. It is condemned in totality. We will still update you shortly. Tnks

We will make a press release on the case soon. Details will be provided as usual. Need to ask (her) some questions personally bef reacting. Thanks.