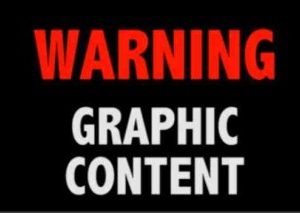 The brutal killing of Ummukulsum Sani Buhari, also known as Ummita, 23, in Kano last Friday and the nature of the victim’s relationship with the suspect, Geng Quanrong, a Chinese national, are both the subject of an ongoing controversy, according to Daily Trust.

Daily Trust had reported how the victim was stabbed to death by Quanrong, her lover, late Friday, but since the news broke, many allegations and counter-allegations have continued to surface on the sort of relationship that existed between the duo, who reportedly met in 2021 at a shopping mall in the city. Different persons including family and friends have also put forward different theories as to the reason for the killing.

Although the suspect was arraigned on Wednesday for culpable homicide before a magistrates’ court in the state metropolis and remanded in a custodial centre, the decision of the police not to parade him, contrary to the custom of Nigeria law enforcement agencies, has robbed the public the opportunity to immediately hear directly from the suspect.

But of the numerous and mostly conflicting narrations awash on social media since her death, what stood unrefuted was that the deceased, who was a divorcee, and the suspect were romantically involved. Family and friends of the deceased as well as prominent Islamic cleric, Sheikh Aminu Ibrahim Daurawa, who said the deceased called him to ask for his advice on marrying a Chinese man, corroborated this. 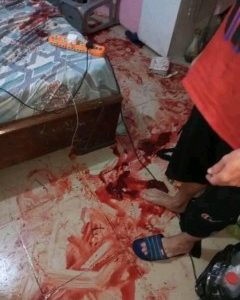 However, some social media users have gone on to describe the relationship between the duo as such where the suspect had invested heavily with the hope that the deceased would marry him. Others, while attempting to situate the horror of last Friday as a crime of passion, had suggested that investments of the suspect included sponsoring her education, buying a house and a car for her, which they insinuated made him feel jilted when he realised he would not be allowed to marry her.

Daily Trust spoke with the immediate elder brother of the deceased and one of her best friends to get an insight into the love affair that existed between the suspect and the deceased.

The elder brother, Sadiq Sani Buhari, said contrary to rumour making the rounds that his sister was sponsored to school outside the country by the suspect, the deceased was a final year student of Usmanu Danfodio University, Sokoto, where she was studying B.Sc. Agricultural Science. He said but for the ongoing strike by the Academic Staff Union of Universities (ASUU), his sister would have been rounding off her academic pursuits and probably not in Kano for the crime to have been committed.

“Contrary to what people are saying, my sister hasn’t been to any other country, even the closest country, like the Niger Republic she hasn’t been there. So the talk of her being sponsored in a foreign institution by the suspect was just mischief,” he said.

On the type of relationship that existed between his late sister and the suspect, Buhari said “I knew him, he loved her so much, as you know people like them do love a person with all their heart. He even proposed to marry her, but the fact that we differ in our beliefs, it was hard for him to get her hand in marriage. So she was stopped from having any affair with him by our parents.”

He explained that his sister and the accused met in 2021 and as such the talk that the accused bought their family house for them was ridiculous because they had been in the house for over 10 years.

“How is it possible that a man my sister met just last year is the one that bought a house we have been occupying since 2011 for us?” he asked.

“We have lived here since before the death of our father. Our father was a civil servant, who worked with the DSS before his death. We relocated to Kano from Sokoto where Ummita was born around 2007 and he bought this house around 2011,” he added.

Buhari admitted that the suspect was generous to his sister but not to the extent being insinuated on social media.

“Of course, he bought things for her, and gave her money; that, I know. But even the phone she was using, she bought it herself. The talk that he bought a car for her was nothing other than mischief. We don’t even have a car at home nor does my sister have a car but knew how to drive a car as she usually drives her friends’ cars,” he said.

Buhari added that he was shocked when he learnt of what happened to his sister “because she was the last person I talked to before leaving the house. I call on the authorities concerned to look into the matter and ensure we get justice as there will be nothing to compensate for her.”

Corroborating most of the points of Buhari, Rabia N. Garba, who described herself as the best friend of the deceased, further revealed that because of the “strong” love the suspect had for her friend, he “converted” to Islam and adopted Faisal as against Frank, which they knew him as.

“With the little I know of him, he is a person who gets frustrated over silly things; even late replies while chatting gets him frustrated. My friend made all efforts to stop him from falling for her but she later decided to date him because he claimed to have reverted to Islam,” Rabia told Daily Trust in an interview earlier in the week.

She said when her friend got married in February, the suspect agreed to leave her alone but after the marriage hit the rocks, he came back into her life.

Rabia suggested that her friend did not want the relationship to go ahead even after her divorce.

But while what led to the brutal stabbing to death of Ummita remains unclear, the narration of the mother of the deceased pointed to a premeditated crime.

“He (the suspect) always comes around wanting to see her and she has been refusing. This time around when he came, he kept knocking on the door. When I was fed up with him hitting the door loudly, I opened the door and he pushed me aside and got in and started stabbing her with a knife,” the bereaved mother had said.