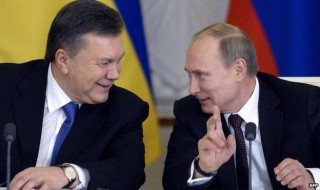 Sources in the Ukrainian intelligence have told Ukrainska Pravda that Ukraine’s ex-President Viktor Yanukovych is in Kremlin, Russia’s seat of power, being prepared for a special operation.

Yanukovych is a former Ukrainian president who served from 2010 until he was removed from office during a revolution in 2014.

During Yanukovych’s time in office, Ukraine was seen to be subservient to Russia. The CNN once referred to Putin as ‘Ukraine’s Puppet Master’ while Yanukovych was president in 2014.

Violent clashes between protesters and Ukrainian forces caused him to flee to southern Russia.

With Yanukovych back in power, Kyiv would lean more towards Moscow than the North Atlantic Treaty Organization (NATO) or Western Europe, observers say.