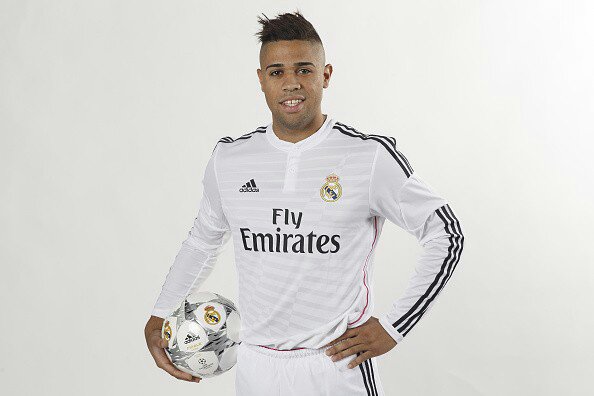 Mariano Diaz, a Real Madrid striker,  has explained why he chose to wear former Los Blancos forward, Cristiano Ronaldo’s No. 7 jersey at the Santiago Bernabeu.

Recall that Diaz was signed by Real from Lyon during the summer transfer window and was given the iconic jersey number.

In an interview with Cadena COPE, the 25-year-old explained his reason for choosing the ex-Los Blancos all-time highest goalscorer jersey number.

“I don’t think it matters much. Does it add some pressure? Sure. But it was free and it’s a number I like and a challenge for me,” Diaz said.

“I’m happy to wear that number after so many legends like Amancio, Juanito, Butragueño, Raul…I saw them play when I was young. And Ronaldo, sure. It was free for someone to take, every Madrid fan knows it and they asked me what number I was going to take. I imagine somebody else could’ve taken it, I don’t know if they wanted to but I don’t think they didn’t dare to take it, there are some quality players who could wear 7 here as well”.

He added, “I don’t know when I’ll make my debut. I work so that it can be as soon as possible. I will just keep working hard. Lopetegui told me to keep doing what I’m doing right now”.