Breaking News:- Brother And Sister Had 4 Children After Sleeping Together For Many Years (Photo) 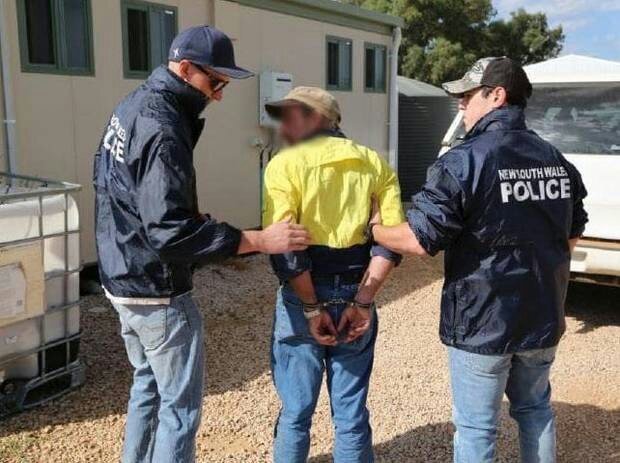 Martha Colt, the most depraved member of the Colt incest family whose five children resulted from incestuous relationships, was found living with her brother, a court has heard.

The incestuous clan began when brother and sister Tim and June left New Zealand for Australia in the 1970s and started a family.

Their daughter Martha was living with her brother Charlie Colt — who she had once slept openly with in a “marital bed” on the Colt incest family farm — when arrested in April.

Four of Martha Colt’s children, aged between 11 and 20, are a result of sexual relationships with a sibling or parent.

Central Local Court heard on Wednesday that Martha Colt — a court appointed pseudonym to protect the identity of child victims — and brother Charlie Colt were living in the New South Wales town of Griffith in April.

It also heard that police are seeking further DNA samples from members of the Colt family before charges laid against them can proceed.

Her lawyer said she had health problems including injuries from falling in her prison cell.

Appearing via video link from prison, Martha appeared older than her years with greying hair, a worn out look and a lined face.

Charged with perjury, Ms Colt’s alleged offences are fewer than some of her co-accused siblings and nephews who face charges of sexual intercourse with children, indecent assault and incest.

The charges were laid five years after police raided the squalid Colt incest family farm hidden in the hills behind the NSW rural town of Boorowa in 2012.

Stunned detectives and welfare authorities found 38 members of the Colt family living on the filthy remote property which had no running water, electricity or proper sanitation.

The farm “smelt of urine and faeces” which lay in open buckets among the sleeping areas, and was also populated by about 20 dogs.

The children did not know how to use toilet paper, a toothbrush or shower, and had bed-wetting and hearing problems.

They were years behind at school if they had attended at all, they tortured the genitalia of animals and had s-x on the farm with their cousins, uncles and aunts.

Martha and brother Charlie shared the same bed in one of two tents inside a large shed which had a refrigerator with rotten vegetables and hazardous wires hooked up to a generator.

The children had facial deformities associated with interbreeding, walked in a shuffling manner, could not speak intelligibly and had cognitive impairment.

After the removal of Martha’s five children, five of family matriarch Betty’s and the other Colt adults scattered interstate.

In April, detectives arrested them in Griffith, in the Riverlands region of South Australia and in Western Australia’s Avon Valley.

Only Betty Colt’s daughter Raylene, who faces a single charge of perjury, has been released on bail.

At Martha Colt’s second bail application on Wednesday, Magistrate Alison Viney heard that the accused had high blood pressure and had suffered chest pains and migraines in prison.

She had also fallen from an upper prison bunk and suffered soft tissue damage, and was finding her first time in custody “overwhelming”.

The court heard that when she was arrested in Griffith with brother Charlie, two of her sons who were possible witnesses, were living in the rented house.

If released, she would have to rely on Centrelink welfare payments for her rent, and intended returning to Griffith to live.

DPP prosecutor Katharine Jeffreys told Ms Viney that a previously unsuitable address had not been the only reason Martha Colt had been refused bail in April.

Ms Viney said there was a risk Ms Colt “could abscond to seek solace with other family in another state”, and refused her bail.

Ms Colt swallowed, bowed her head briefly and looked at her hands.

Martha’s sister Betty, who is in Silverwater Women’s Correctional Centre in western Sydney, abandoned a release application on Wednesday.

Earlier this year, news.com.au exclusively reported that Martha Colt had posted videos on Facebook of her sons claiming they had been abused after being taken into care six years ago.

In response, Martha Colt wrote on Facebook: “It is sad to hear how this young boy gets a beating for having a weak bladder shawley (sic) they realise it is the beating that is causing it.”

When Karl was taken, aged about 11, from the filthy farm at Boorowa in 2012, he was found to be very underweight, had fungal infections in his toenails and “walked in a shuffling fashion”.

He needed urgent dental work, had limited reading skills, his speech was “not understandable”, he had a hearing impairment and reportedly had sex with his younger sister Ruth.

After being taken into care, he threatened to stab staff with pencils, and to cut their throats.

The Colts are unlikely to face trial until late 2019.