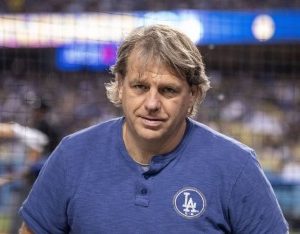 Names of about six top players Chelsea could sign in this summer transfer window under the leadership of their new co-owner, Todd Boehly, have emerged.

The summer transfer window gives clubs the opportunity to rebalance the squad and address any glaring issues as Chelsea heads into the 2022/23 season with renewed optimism after finishing the third position behind Manchester City and Liverpool on the Premier League table last season.

Chelsea manager, Thomas Tuchel, is keen to bolster his squad this summer following the departure of some of his top first-team players, Antonio Rudiger, Romelu Lukaku and Andreas Christensen.

DAILY POST reports that Rudiger joined Real Madrid, while Lukaku returned back to Inter Milan and Christensen was officially unveiled as a Barcelona player on Monday.

Boehly is reportedly keen on backing Tuchel in the summer transfer market.

It is believed that a sum of £200 million could be made available for Tuchel to spend on new signings and the former Paris Saint-Germain coach could afford as many as six new players this summer in a bid to challenge for more titles next season.

Below are the six players Chelsea could sign based on a couple of positions in Tuchel’s squad that need to be strengthened as the Blues already have their eyes set on some key transfer targets.

Number one on the list is Juventus defender, Matthijs de Ligt.

Another player is Sevilla defender Jules Kounde, who could be an ideal bargain for the west London club to add to their backline this summer.

The third player is Lens’ Jonathan Clauss, who could offer a back-up for young star Reece James at the right-wing-back position,