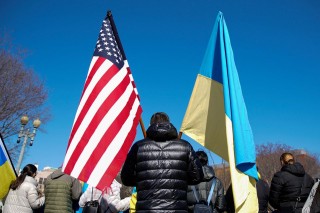 The United States on Wednesday took aim at Russia’s oil refining sector with new export curbs and targeted Belarus with sweeping new export restrictions, as the Biden Administration amps up its crackdown on Moscow and Minsk over the invasion of Ukraine.

The new round of sanctions, announced by the White House, ban the export of specific refining technologies, making it harder and more expensive for Russia to modernize its oil refineries.

The White House also applied a sweeping set of export restrictions levied against Russia last month to Belarus, arguing the controls would help prevent the diversion of items, including technology and software, in the defense, aerospace, and maritime sectors to Russia through Belarus.

“The United States will take actions to hold Belarus accountable for enabling Putin’s invasion of Ukraine, weaken the Russian defense sector and its military power for years to come, target Russia’s most important sources of wealth, and ban Russian airlines from U.S. airspace,” the White House said.

The United States has steadily increased sanctions on Moscow after Putin began the invasion of Ukraine on Feb. 24. Belarus has allowed Russian troops to use its territory as a staging ground for the assault.

Russia’s invasion has yet to achieve its aim of overthrowing Ukraine’s government but has sent more than 870,000 people fleeing to neighboring countries and jolted the global economy as governments and companies line up to isolate Moscow.