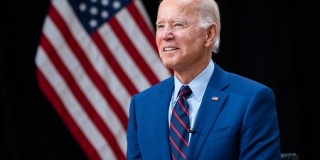 President of the United States of America, Joe Biden has revealed what will make America attack Russia.

According to him, If Putin crosses his boundary by encroaching into any territory belonging to a NATO nation, America will defend every single inch of it.

Biden said that while the U.S would not send forces into Ukraine to confront the Russian military, the US would join NATO allies to defend the alliance.

The war between Russia and Ukraine has entered its seventh day, with sanctions on Moscow increasing every minute.

Biden said this at his first State of the Union speech on Tuesday night where he also announced closing U.S airspace to Russian aircraft.

“Let me be clear, our forces are not engaged and will not engage in conflict with Russian forces in Ukraine,” Biden said.

“Our forces are not going to Europe to fight in Ukraine, but to defend our NATO Allies – in the event that Putin decides to keep moving west. Every single inch,” he said.