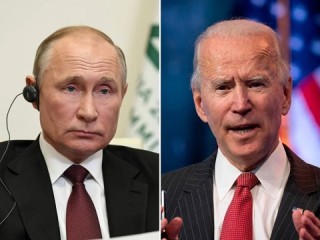 The sanction singled out individuals and entities involved in attempts to evade previous sanctions imposed by the U.S. and its allies.

“Today, the U.S. is targeting Russian financial and operational support networks that attempt to evade international sanctions,’’ the Treasury Department stated on its Twitter page@USTreasury.

The sanctions target a key commercial bank, a virtual currency mining company and a “global network of more than 40 individuals and entities led by US-designated Russian oligarch Konstantin Malofeyev.”

The Treasury is also sanctioning 635 Russian nationals who are involved in suppressing dissent in Russia and abroad, who have been involved in activities that threaten the territorial integrity of Ukraine.

It also stated that it is sanctioning those who have been involved in human rights abuses in prison facilities and places of unofficial detention in Russia-controlled areas of the Donbas region of Ukraine.

Three Russian officials are targeted for involvement in gross violations of human rights and 17 individuals who are responsible for undermining democracy in Belarus.

The sanctions mean that all U.S. property and interests in property of the targeted individuals are blocked.

All U.S. transactions involving the individuals are also now prohibited unless authorized by the Treasury.

“The United States will work to ensure that the sanctions we have imposed, in close coordination with our international partners, degrade the Kremlin’s ability to project power and fund its invasion,” It added.