Wike: I Have Fulfilled My Promises To Judiciary 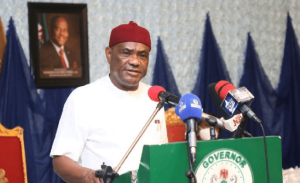 GOVERNOR Nyesom Wike of Rivers State has expressed fulfillment over his administration’s diligent support at enhancing the judiciary to discharge its constitutional mandate.

Wike at the 2022/23 Legal Year opening ceremony, held in Port Harcourt, yesterday, said all promises his administration made concerning the judiciary had been fulfilled in impressive achievements beyond the imaginations of many.

The governor noted on assumption of office in 2015, “The state High Court had no Chief Judge, leadership, or direction for nearly two years. The governor then attempted to impose a Chief Judge on the state outside the due process. When this devious attempt was resisted, he instigated a phantom crisis and closed down the state courts until he left office.

“We knew that the ensuing social and economic anarchy would ruin Rivers State without functional courts to uphold and defend the rule of law. Beyond the crisis, we also inherited a judiciary neglected to the hilt, dilapidated and inadequate courthouses and unpaid salary arrears.

“Our first task was to revive the judiciary and ensure the speedy administration of justice. Without wasting time, we appointed the first female Chief Judge for the state, reopened the courts and restored judicial services from our first day in office.” 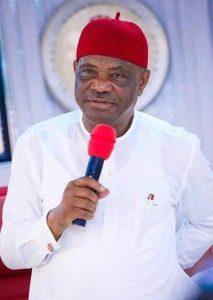