Boko Haram And The Concept Of ‘Technical Defeat’ 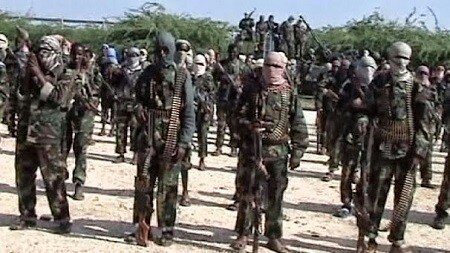 The belief that Boko Haram is no longer a potent force may be misplaced and claims of its defeat are grossly exaggerated. Even though some successes have been achieved in the fight against the militant group, realities on the ground clearly suggest that terrorist attacks have not been completely eliminated.

In 2015, the concept of “technical defeat” crept into the Nigerian political lexicon when the newly-elected President, Muhammadu Buhari, used it to explain his government’s success in the war against Boko Haram. The Boko Haram issue featured prominently in the campaigns leading up to the 2015 general election when as a presidential candidate, Buhari promised to end Boko Haram’s reign of terror in North-East Nigeria.

Upon assuming office in May 2015, Buhari gave his newly appointed service chiefs of the armed forces a six-month deadline to defeat Boko Haram. By December 2015, the President had declared the “technical defeat” of Boko Haram. In December 2016, he repeated the same words during a national broadcast celebrating the capture of “Camp Zairo,” the group’s operational headquarters in Sambisa Forest in North-East Nigeria. Since then, the concept of “technical defeat” has been part of the official government discourse in their claim to victory over Boko Haram.

Two major reasons can be adduced to explain the President’s claim. The first is that the Nigerian military had succeeded in pushing Boko Haram fighters out of urban areas and large swathes of territory spanning about 14 local government areas, whose estimated size is larger than Belgium. Second, the terrorist group has not been able to launch large-scale attacks as it used to; at present, it is largely confined to the fringes of Sambisa Forest and the Lake Chad area. Boko Haram primarily launches sporadic attacks on remote communities in Borno State, unlike under the previous administration when far-away cities like Kano, Kaduna, Sokoto, Yola, and Abuja were easily attacked in coordinated operations.

In spite of the achievements of the Nigerian military, Boko Haram has neither been completely defeated nor degraded, contrary to the government’s claims. Boko Haram still launches attacks on soft targets in cities, mostly through suicide missions, raids, and abductions. They have attacked Internally Displaced Persons’ camps in cities and civilians in public spaces, in addition to ambushing soldiers and overrunning multiple barracks. Although a majority of the recent attacks are on civilian populations in Borno State, the fact that the terrorists can still invade cities and launch attacks shows that they are yet to be defeated.

In February 2018, over 100 young girls were abducted from their dormitories at the Government Girls Science and Technical College in Dapchi, Yobe State. Reports indicate that the operation lasted over one hour and involved the use of several trucks. The girls were ferried over long distances before they were eventually returned to their communities following negotiations with a faction of Boko Haram. According to media reports, the girls were returned in a dramatic fashion by Boko Haram operatives in broad daylight using several trucks in a long convoy, without prompting any reaction from security forces.

Recent trends suggest that in response to increased attacks by government forces, Boko Haram may have changed its strategy to become mobile rather than hold on to territory, adopting hit-and-run tactics instead of engaging in face-to-face confrontations with the heavily armed Nigerian troops. By hiding among locals within communities or in the forest, they have become more elusive, relying on the element of surprise to attack both soft and military targets.

In this regard, the terrorists are showing remarkable resilience and adaptability. Boko Haram has changed from a territory-occupying group to a “mind-occupying” force. It could be argued that scenes of jubilation among some inhabitants of Dapchi town when Boko Haram fighters returned the abducted girls were an example of Boko Haram members being perceived as local heroes. Analysis of the video of the event suggests that while the celebration was partly to celebrate the return of the abducted girls, it was also about praising the terrorists. People were seen touching the Boko Haram vehicles and even praying for the fighters. This behaviour could be explained as either a product of indoctrination or resentment against the security forces who are yet to secure the confidence of the local people in the war against the terrorists.

Some reports have shown that Boko Haram collected taxes from local communities under its control in return for providing security, threatening to kill those who refused to pay. For example, a recent report by Sahara Reporters revealed that Boko Haram imposed a levy of N10,000 (US$28) on fishermen using the waters of Lake Chad. Also, members of the group still live close to cities as evidenced by the presence of their camps around Maiduguri.

It may be argued that the concept of “technical defeat” reflects a level of verbal and tactical sophistication by President Buhari. Technical defeat could connote degrading, slowing down, or demoralising the enemy in an incremental manner, leading them to retreat rather than advance. In essence, a technically defeated enemy is no longer in a position to pose a major threat and could be said to be on the verge of total annihilation.

The President may have correctly captured the situation in the war against Boko Haram, but the jury is still out on when “technical” defeat will result in total defeat. Some pundits say that total defeat can only be the result of a combination of military success and winning over the hearts and minds of sympathisers of Boko Haram’s extremist ideology. The latter can only be achieved by giving local communities credible alternative narratives. Unfortunately, this cannot be done by the local clerics alone, since many fear being targeted by the terrorists—local clerics that preached against Boko Haram were eliminated in the past.

A national project for deradicalising extremists and sympathisers of extremist ideologies that incorporates local Islamic clerics should be launched in Nigeria. An example of such an initiative is Morocco’s Rabita Mohammadia des Oulemas, a religious research institute and peer education programme focused on youth outreach with the goal of promoting positive values and preventing the spread of extremist ideologies. One approach would be for the various levels of government, faith-based organisations, and local communities should engage in a conversation aimed at reforming or ending the Almajiri Islamic educational system that is widespread in northern Nigeria.

The Almajiri system, as practised in northern Nigeria, is a form of Quranic learning where children are put under an Islamic scholar. Over the years, the system has deteriorated such that students are abandoned to the Quranic teacher without any means of sustenance. In order to survive, they resort to street begging. Left with no marketable skills and dim prospects, they are easily recruited for criminal activities. The number of such children currently in the system runs into the millions.

Such a system has to be either discarded or reformed for peace to reign in the region. Ultimately, the total defeat of Boko Haram will have to be a multi-dimensional, long-term, and locally driven project of socio-economic, cultural, and political transformation.