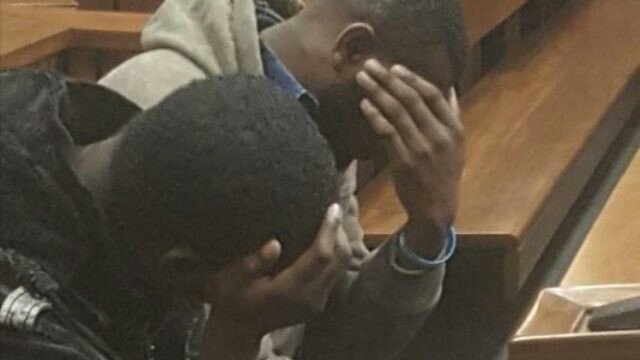 A Nigerian man identified as Chinedu Obasi, has been sentenced to 18 years in prison, after he was found guilty of marrying a South African lady to obtain citizenship but not living with her.

It is gathered that he was arraigned alongside one Obioma Abba, for running a brothel and a human trafficking syndicate. While Obasi was sentenced to 18 years for marrying a South African woman to obtain citizenship but not living with her, an offence which contravenes the Immigration Act, Obioma was sentenced to 12 years’ effective imprisonment on two charges of human trafficking.

It is further learnt that they were arrested in August after some of the sex workers escaped and alerted the police that they were held against their wish and converted to sex workers. During their trial, two sex workers testified against Obioma and Obasi, revealing how the duo plied them with drugs and held them captive in the flat, only allowing them to go out at night to work as prostitutes.

The Judge said although the two women who worked as prostitutes for the brothers were exposed to a lot of trauma, they were already in the sex trade and hooked on drugs when they were recruited by the brothers. The women have since been rehabilitated from drugs and they have obtained good jobs. However, during the trial, they were under the state’s witness protection plan for their own safety. They also could not face their pimps in court as they were too afraid. They testified about their dark lives on the streets via closed-circuit television from an adjacent room.